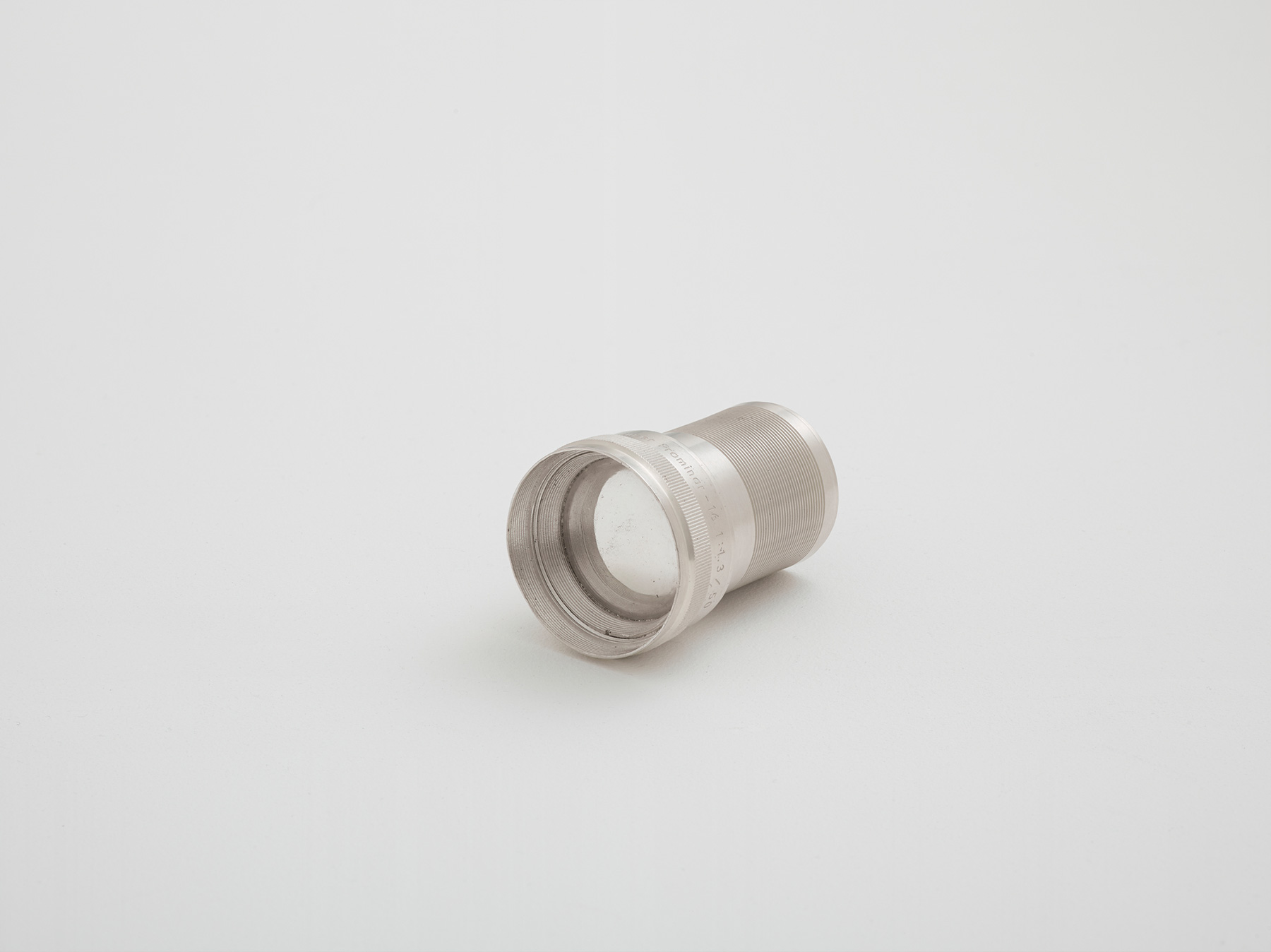 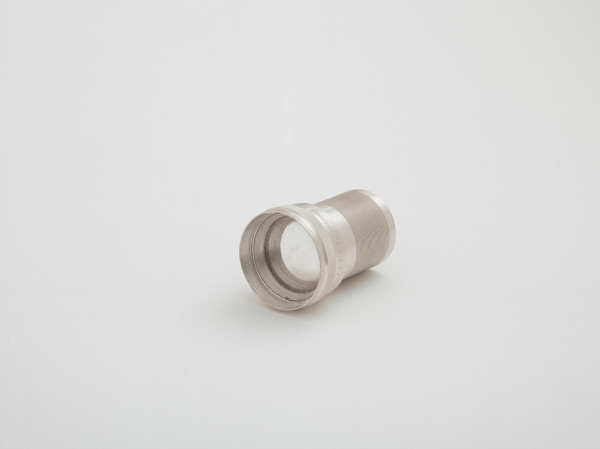 A photograph of an artwork entitled
“Anatomical Study (Instruments)”, 2013, by Runa Islam. The artwork comprises a replica of a small, cylindrical 16mm film lens cast in silver recouped from film processing at an old Fujifilm lab. The lens Islam cast is one she had used for the majority of her films over the past fifteen years, which she refers to as “a metaphoric eye”.