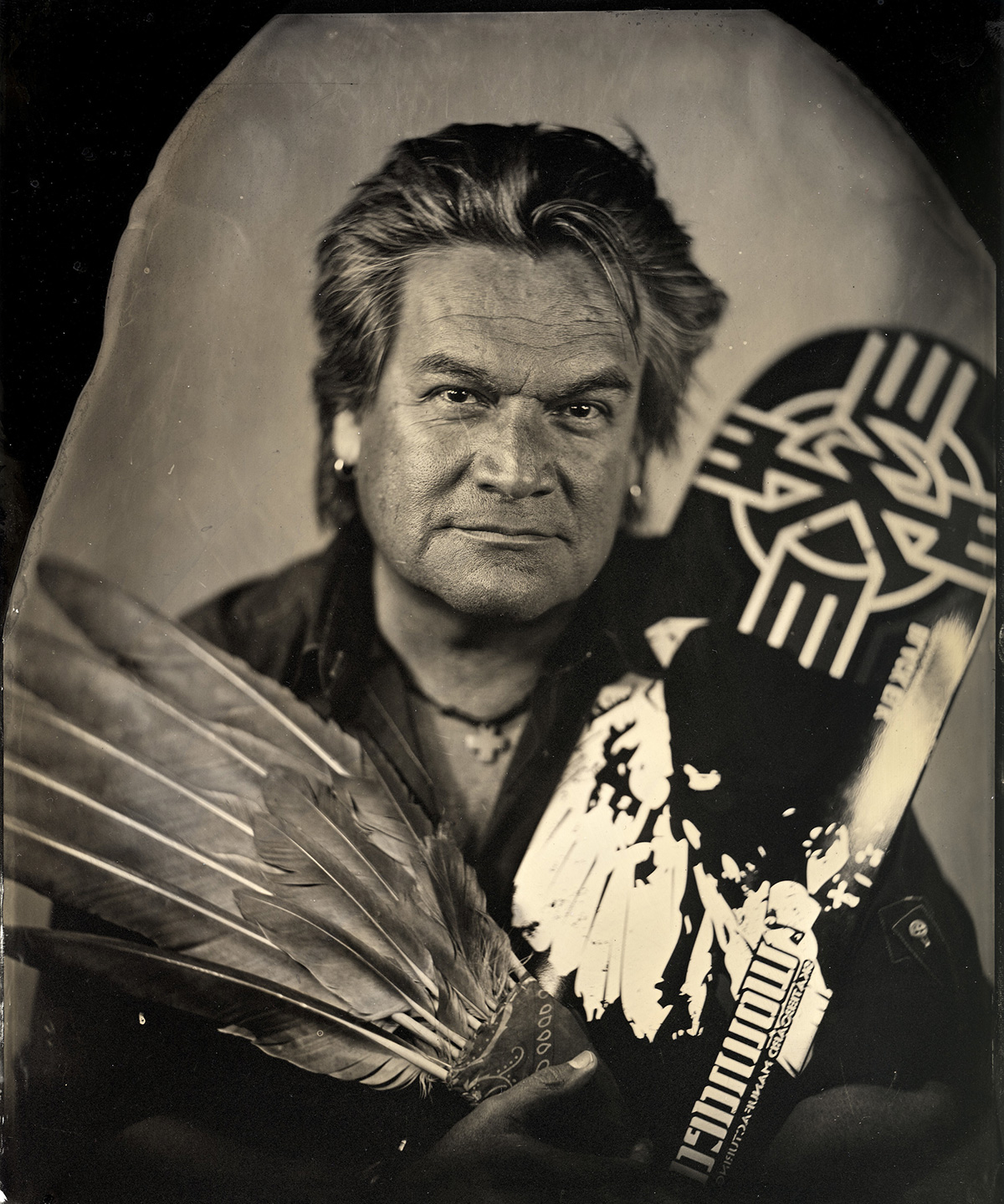 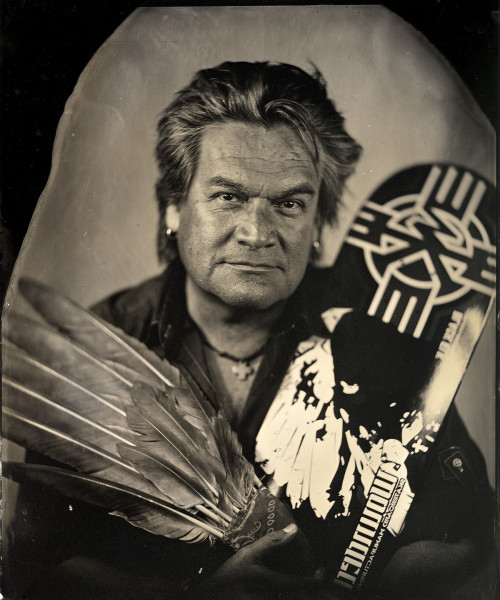 A black and white photograph of Walt Pourier, citizen of Oglala Nation, Founder of the Stronghold Society, Critical Indigenous Photographic Exchange, at the Denver Art Museum, shown from the chest up. Pourier wears a button-down shirt open at the collar, revealing a beaded necklace. He looks directly at the camera, mouth closed and almost smiling, his proper left eyebrow slightly raised. His face is framed by two objects he holds in his hands, what appears to be a bird wing with large feathers and the deck of a skateboard, decorated with a graphic white design on a black ground.