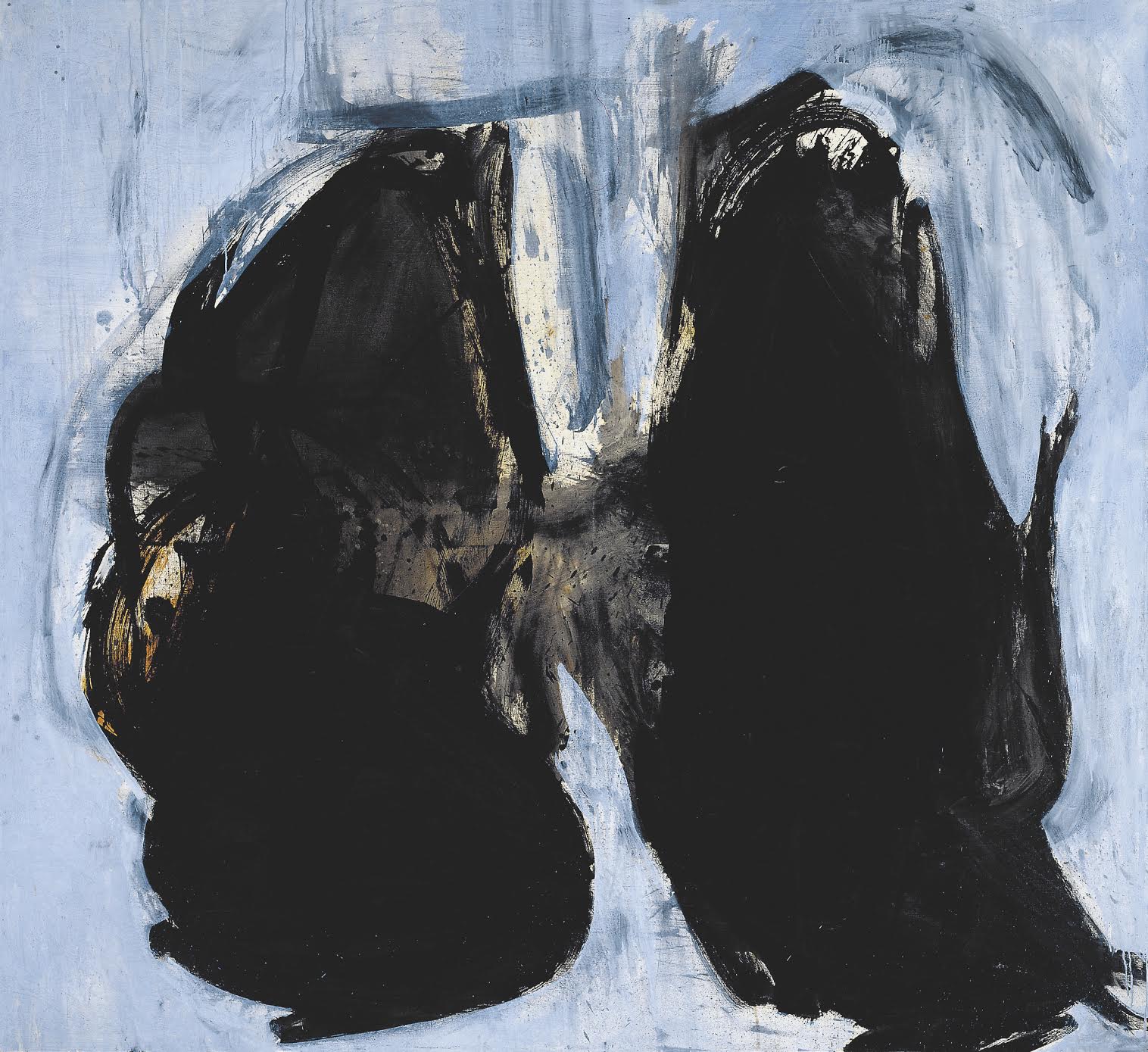 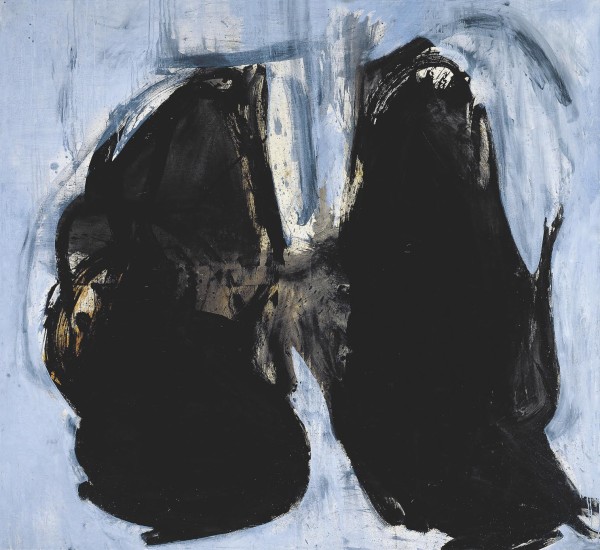 An abstract painting by artist Robert Motherwell, titled “A Sculptor’s Picture, with Blue,” from 1958. The square canvas is covered with vigorous vertical brushstrokes of light blue; at center, two large black shapes, resembling a pair of lungs, seem to float amid a sea of blue. The cream-colored ground of the canvas is visible between the two forms, and though the edges of the shapes are messy, their black masses are otherwise opaque.

Cite this article as: , "A Sculptor’s Picture, with Blue," in VoCA Journal, November 9, 2016, https://journal.voca.network/intergenerational-dialogues-at-the-dedalus-foundation/mw-p0173-2/.