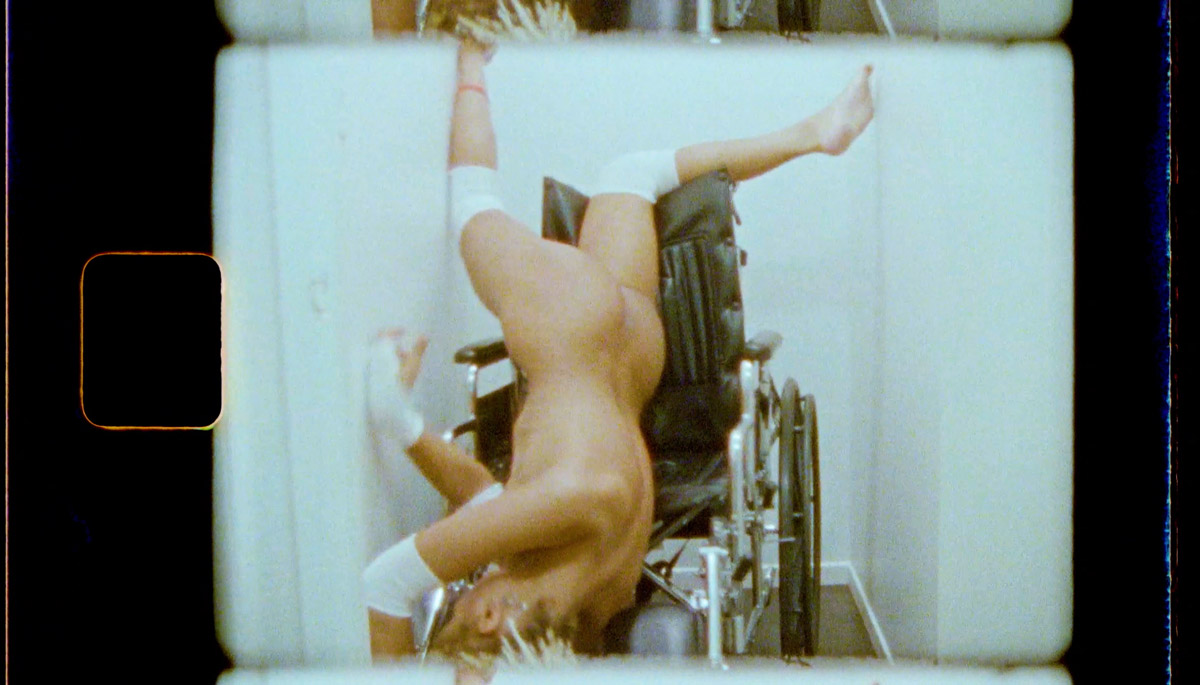 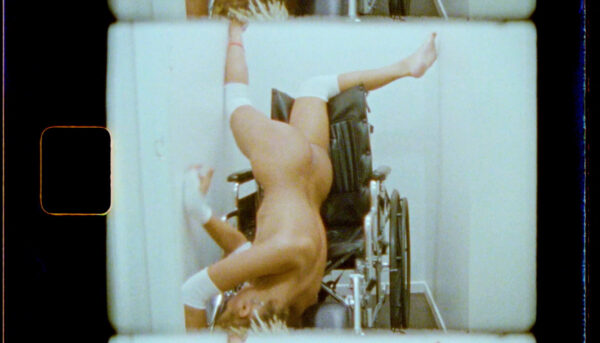 A film still from performance-based video-installation work “Natural Disaster” by Panteha Abareshi. The image, which appears to be one in a series — like on a film reel — shows a nude medium-skinned figure with blonde dreadlocks suspended upside down by a wheelchair. The figure’s feet and arms push against the white walls around, twisting into an apparently uncomfortable position.